Prevail Energy works in minutes, it is all natural, stimulant free and will boost your energy and lasts for hours!

With so many energy products on the market today packed with sugar and saturated with artificial ingredients.  To read more on the dangers of traditional energy drinks.

Prevail Energy is designed to give you a healthy boost of energy, without the harmful artificial stimulants.

Try it for yourself today and see why people from all over the world are making Prevail Energy their go to source for healthy energy, increased focus, and maximum performance!

Used as a natural energizer and natural cognitive stimulant.  This natural ingredient is sure to keep you wide eyed and bushy tailed throughout your entire day.

Guarana is a staple in most energy shots (one of the few natural ingredients in them) and has a release of steady natural energy through the day.   With little to no crash after, it’s the obvious choice for all of you ‘Go getter’s out there.

The Maqui berry is a natural Antioxidant retaining berry that aids in the prevention of free radicals in your body.  It has THE highest concentration of Antioxidants on the market to date!

Very high in Anthocyanins which are proteins that help your body to produce insulin and help to stabilize sugar levels in the body naturally.

Used and enjoyed throughout much of Asia and India as a powerful and natural antioxidant.   It is used by rural physicians in older times to aid in the taming of bad cholesterol and to treat some minor heart diseases at the time.

A natural energy enhancer, it is often used and consumed during the day to provide a natural free flowing energy.  The energy it produces lasts most of the day and of course had no fall backs with crashes.

For thousands of years in India, China and Indonesia this plant has been used to treat wounds and heal ailments such as psoriasis and even Leprosy! Impressed yet?

Well there is still more to come, as Gotu Kola is also used to treat stomach ulcers a variety of STD’s, mental fatigue, epilepsy, fever and even asthma.

Known widely as “the fountain of life” for its many previously mentioned benefits but also as an aid in potentially prolonging life.   With its many cardiovascular benefits such as treating varicose veins and chronic venous insufficiency (a condition where blood pools in your legs).

Long ago before time and history was even recorded, Maca was used to increase energy and stamina by Inca warriors in the battlefield.

As well as being a main ingredient in most ED medication, this super root is extremely rich in Vitamins B, C and E and known to increase blood flow to key parts of the brain.

Maca is a natural mood enhancer that releases endorphins and raises your mood in a safe natural way.   Unlike most other pharmaceuticals which will leave you feeling tired or sluggish?

Maca is also a great way to increase energy levels naturally and steadily as you go about your daily routine.

Rhodiola Rosea is used in traditional medicine in Eastern Europe and Asia with a hard reputation for nerve system stimulation.

It was used by ancient peoples to treat anything from fatigue to certain cancers with its Adaptagan as a main catalyst. Also used to battle altitude sickness and work productivity as a natural mood balancer.

This plant is thought of highly in the Eurasia regions for its uses in muscle recovery such as torn muscles and strains. Loved by the forgetful community for its properties that enhance memory and brain functionality for the young and old alike.

Siberian Ginseng is an extremely popular energy tonic used in China since ancient times.  It’s been recognized in the west once Russian scientist (I.I .Brekhman) realized its notable use for stress relief (1954).  He noted that is also supported and increased endurance for physical strain in the men and women who took the herb.

Used to increase and enhance mental sharpness, this herb is heralded for its ability to ward off flu and cold. Adaptagen is an ingredient shown to reduce the cells reaction to stress put on the body by daily upheavals that we all have to go through.

Siberian Ginseng is known to help increase body productivity and aid in cardiovascular health.   Therefore, helping in the way of  reducing varicose veins which give most elderly people an increased risk for heart attack and blood clots and we all know that’s a plus!

§These statements have not been evaluated by the Food and Drug Administration.
This product is not intended to diagnose, treat, cure, or prevent disease.
*Results may vary for each individual.
Warning: Use only as directed. Do not exceed the suggested use. Improper use of this product will not improve results and is not advised. Not intended for use by persons under 18. Consult a physician before starting any new diet and exercise program, if you are pregnant or nursing, have a medical condition, including, but not limited to, heart, liver, kidney, or thyroid disease, psychiatric or epileptic disorders, difficulty urinating, diabetes, high blood pressure, cardiac arrhythmia, recurrent headaches, enlarged prostate, or glaucoma, or use prescription medications, including, but not limited to, MAOI inhibitors, antidepressants, aspirin, nonsteroidal anti-inflammatory drugs, or products containing phenylephrine, ephedrine, pseudoephedrine, or other stimulants. Athletes should consult with a sports medicine professional prior to use of this product. Discontinue use two weeks prior to surgery, or if you experience rapid heartbeat, dizziness, severe headache, or shortness of breath. While taking this product, do not consume synephrine or caffeine from other sources, including, but not limited to, coffee, tea, soda, and other dietary supplements containing phenylephrine or caffeine. Too much caffeine may cause nervousness, irritability, sleeplessness, and, occasionally, rapid heartbeat. Do not use if packaging has been tampered with. Store in a cool, dry place. Keep out of the reach of children. Not WADA Compliant. Not compliant in many international countries. 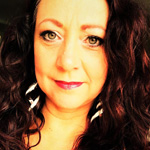